Dr. Bhoendradatt “Bhoe” Tewarie epitomizes integrity, energy, a passion for education and higher learning, a teacher of various sustainable development strategies, the author of four books, writer of various articles and publications, former Principal of the University of the West Indies and currently the Member of Parliament for Caroni Central. He is a learner, teacher, developer and a politician who is dedicated to his beloved country Trinidad and Tobago and all of her people.

Dr. Tewarie has lectured, mentored and guided hundreds of brilliant minds over the years. His passion and love for education is deeply rooted in his desire to facilitate positive change that Trinidad and Tobago. He was a foun­da­tion mem­ber and for­mer chair­man of the Tapia House Move­ment (1973-1980).

Born on 4th April, 1948, Dr. Tewarie grew up in the Curepe area of Trinidad with his parents and siblings. From an early age he began to challenge himself, building a successful career in education and politics.

He was inspired and trained by some of the best, including Sir VS Naipaul, Karamchand Mahatma Ghandi and Lloyd Algernon Best. In his journey through academia, there were other intellectual individuals that influenced his thinking such as Garth Alleyne, (Teacher at Queen’s Royal College, Port of Spain, Trinidad) who had a strong influence in his interest in the development of “How does one make it happen?”

Saul Bello
Canadian-American writer. Awardee of the Pulitzer Prize, the Nobel Prize for Literature, and the National Medal of Arts.

Joseph Conrad
Polish-British writer regarded as one of the greatest novelists to write in the English language. A master prose stylist who brought a non-English sensibility into English literature.

During Dr. Tewarie’s undergraduate years at Northwestern University, two Professors and an author had immense influence on him. The first was Professor Harrison Hayford (a specialist in 19th Century American Literature and the world’s leading expert at the time on Herman Melville). As a brash undergraduate who challenged assumptions and who often questioned the points of view of professors, what he learnt from him were three things; “(1) the importance of context for a deeper understanding of anything (2) the importance of structuring thoughts and ideas and seeing things in relation to one another so that structured categories emerged (3) how to look for deeper meaning, how to get beyond a surface understanding, how to ask questions and to critically examine and assess.”

Professor Harrison Mosher Hayford (right)
A scholar of American literature, most prominently of Herman Melville, a book-collector, and a textual editor. He taught at Northwestern University from 1942 until his retirement in 1986

In addition to those, there are some other books that have been influential such as: One Hundred Years of Solitude (Sabriel Garax Marquez), Arthur Koestler’s The Act of Creation, Robert Hutchins’s The Learning Society, Lin Su Kim’s From Invitation to Innovation, Peter Senge’s The Fifth Discipline and Lawrence Peter’s The Peter Principle.

Another teacher at Queen’s Royal College was Mr. Deo Ramnarine, who taught him two valuable lessons at the age of thirteen that he carried into adulthood and the rest of his professional career till this day; “(1) how to accept and take personal responsibility no matter what the cost; and (2) what a code of honour was and why a code or understanding among colleagues should be honored.”

Another professor who made a big impact on Dr. Tewarie was Professor Donald Torchiana (A 20th century Literature scholar with significant expertise and wide knowledge of the Irish posts and writers but especially of William Butler Yeats). What remained with him from his exposure to Professor Donald Torchiana were three things; “(1) the importance of passion and fervor in the pursuit of intellectual work (2) the complexity and diversity of the Colonial experience and the role and value of art, artists, literature and writing in the forging of national identity and the importance of spirit, creativity and energy in providing inspiration (3) the stimulus of the local does not take away from what is universal and what is common to all humanity.”

At the University of Chicago, three professors had significant influence on him- Norman Mc Lean, Edward Rosenheim and Water Blair. Each taught him valuable lessons that provided inspiration and motivation to him in order to reach his future goals and ambitions that he once dreamt of, that are now a reality. They cultivated his love for learning and proved that work can bring one joy and satisfaction, once a person is passionate about what they do for the greater good.

Dr. Tewarie was a member of the Board of the Caribbean Examinations Council and the Board of the Trust Fund for the Caribbean Court of Justice. Dr. Tewarie was also a member of a number of Private Sector Boards. He has published many articles and book chapters on economic, educational and developmental issues as well as a book on University Governance in the Twenty-First Century (Jossey-Bass) (2004). In 2002 he guest-edited for Caribbean Quarterly a special issue to commemorate V.S. Naipaul’s award of the Nobel Prize and wrote the lead article “A House for Mr. Biswas Revisited: Ethnicity, Culture, Geography and Beyond”. (Source: http://www.ttparliament.org/members.php?mid=54&id=BTE87)

Dr. Bhoendradatt Tewarie is the former Principal of the Trinidad and Tobago Campus of the University of the West Indies and former Pro-Vice Chancellor for Planning and Development at UWI.  In addition to that, at UWI, Executive Director of the Arthur Lok Jack Graduate School of Business, Chairman of the National Institute of Higher education, Science and Technology and Chairman of the National Council of Competitiveness and Innovation, and a number of committees to do with national and regional public policy. Dr. Tewarie previously served as Pro Vice-Chancellor and Principal of the St. Augustine campus of The University of the West Indies (UWI). He served as Executive Director of the UWI Institute of Business (IOB) for nine years before being appointed Principal, UWI, St. Augustine in September 2001.

He has created and helped build long lasting institutions, such as the College of Science Technology and Applied Arts of Trinidad and Tobago (COSTATT), the Arthur Lok Jack Graduate School of Business (ALJGSB), the National Training Agency (NTA), the Caribbean Centre for Competitiveness (CCC) at the University of the West Indies, the National Council for Competitiveness and Innovation (CCI) and the Economic Development Board (EDB) of Trinidad and Tobago. He is also the founder of the Institute of Critical Thinking at UWI.

A Fulbright Fellow, a Visiting Scholar at the Pennsylvania State University and a Senior Associate Research Fellow at the North-South Centre of The University of Miami, he is a member of the Board of the Trinidad and Tobago National Commission for UNESCO and was for six years was the Chairman of the National Institute for Higher Education, Research, Science and Technology where he facilitated the creation of COSTAATT (College of Science, Technology and Applied Arts of Trinidad and Tobago) and the foundation work for the establishment of the National Accreditation Agency. He also developed the rationale for the establishment of the National Training Agency (NTA) and most recently was Chairman of the Committee which formulated a National Policy for Tertiary Education for the Vision 2020 Committee.

He received his undergraduate degree in English at Northwestern University and a Master’s degree in English and American Literature at the University of Chicago. From the Pennsylvania State University he received his Ph.D. in Comparative Literature.  He has also been the beneficiary of British Council programmes on leadership and management in higher educational institutions and is a graduate of the Leadership programme of the Said School of Business at Oxford University.

He has also written books on higher education governance, V.S. Naipaul, Caribbean Trade and Development, and a variety of articles in academic journals and specialized and popular media on development issues. His most recent book publication is entitled Sustainable Development: Thinking It Through, Making It Happen and he is currently working on another: The Tangibles and Intangibles of Sustainable Development.

Dr. Tewarie also produced and directed three (3) documentary films, two of which had been premiered – one was shown at the Trinidad & Tobago Film Festival and the other at Cannes in the Short Film category. He is currently working on another longer film entitled “Festival Paradise”.

Dr. Tewarie collaborates to build strong relationships with the people of T&T and internationally. He uses his experience and foresight to proactively address details before they become a problem. He is exceptionally well respected all-round, especially in the Freeport/Caroni Central areas, not only for his unparalleled professional track-record and high ethical standards, but for being honest, hard-working and loyal to his mission.

Dr. Tewarie was first elected to the House of Representatives in 1986, as a member of the National Alliance for Reconstruction government. He was the member for Caroni East, and served as Minister of Industry, Enterprise and Tourism, in addition to Leader of the House. He was also appointed a Senator and Minister of Planning, Economic and Social Restructuring and Gender Affairs on May 11, 2011 during the 10th Republican Parliament.

He became Minister of In­dus­try, En­ter­prise and Tourism with the Na­tion­al Al­liance for Re­con­struc­tion (NAR) Cab­i­net, then Minister of Plan­ning, Eco­nom­ic and So­cial Re­struc­tur­ing and Gen­der Af­fairs Min­is­ter with the Peo­ple’s Part­ner­ship (PPP) Gov­ern­ment. In May 2011, Pres­i­dent George Maxwell Richards ad­min­is­tered the oath to Dr. Tewarie at a brief cer­e­mo­ny at Knowsley Build­ing, Queen’s Park West.

Dr. Bhoendradatt Tewarie has published many articles and book chapters on economic, educational and developmental issues. In literature, he has written on the work of V.S. Naipaul, Laxmi Persaud and Ralph Ellison. (Source: https://sta.uwi.edu/eiwc/btewarie.asp) and has written the following books -: 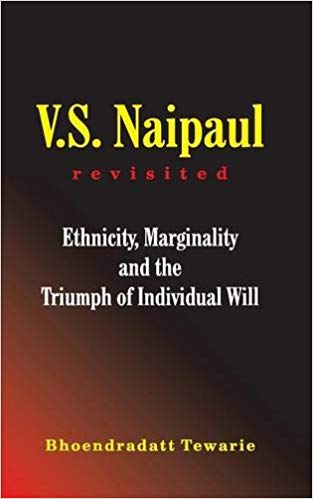 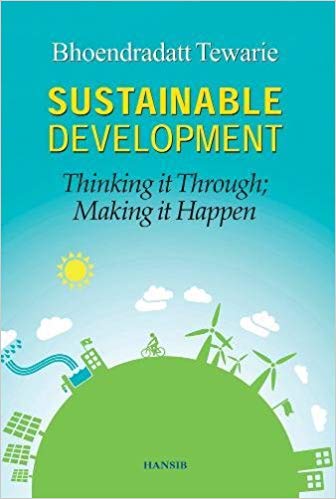